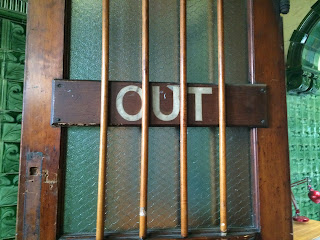 Hello - thanks for visiting. I've not had much time to blog here recently. But I do post the occasional great sign on Instagram - find me there, where I'm sfoxez, or on twitter, @mandragoravixen. See you there! 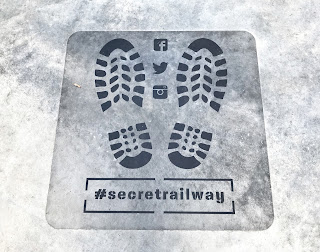 We all love a secret, don't we? And the Postal Museum's secret railway is one of the best. Mail Rail runs underneath London's streets. It used to deliver mail, and now the 100 year old network delivers delights to museum visitors in its tiny trains. The museum has been nominated as Museum of the Year 2018, and it's only been open a few months - I guess the railway won't be secret much longer.

Some seem surprised that this museum has been such a success, but I'm just as surprised that they're surprised. People have an innate need to communicate, and the story of our postal service is fascinating. It's battled through attacks by highwaymen, bombs and even a lion (it's worth a visit to the museum for that story alone). 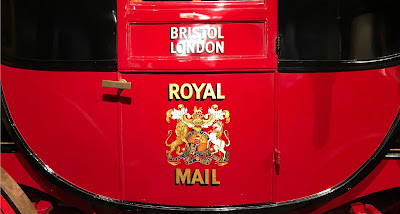 The secret railway sign is on the paving of a pretty garden area which includes a living wall studded with red post boxes. For fans of food, the cafe is worth a mention, as it's a notch better than the usual fare. So it's probably worth a visit now, while it's still (nearly) a secret. More info here. 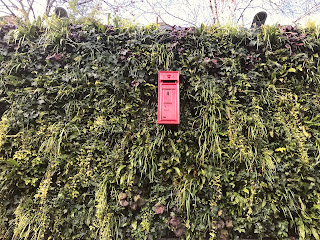 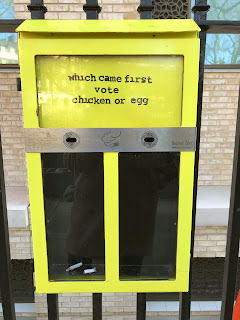 Which came first - the chicken or the egg? A sign of gamification of smoking, near a university somewhere in London (maybe Bloomsbury?). Neat idea. Discourages litter, encourages debate. And possibly also smoking. The chicken seems to be winning.
Posted by Sue Fox at 11:34 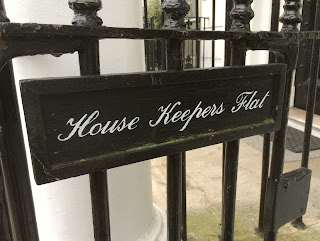 Sign of opulence in South Kensington, London. All that money, yet they can't afford an apostrophe.
Posted by Sue Fox at 17:50

No standing in passages 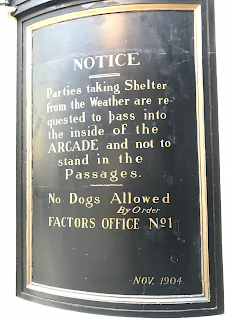 Lovely old sign in the Argyll Arcade in Glasgow. Damp pedestrians must have caused severe blocking incidents for this sign to be erected. Argyll Arcade is one of the oldest in Europe. Built in 1827, it's a beautiful place, crammed with jewellers and diamond merchants. It was designed by John Baird, whose other work seems to have been more spiritual (churches and university buildings, for instance).  It's stunning, and worth a visit.
Posted by Sue Fox at 13:07

Briggs Stores ghost sign, on the side of a house in Heaton Norris, Stockport, on the corner of Belmont Street and Clement Street. This photo was taken a few years ago. When we lived in Heaton Norris in the late 1980s/early 1990s, Belmont Street boasted some fabulous ghost signs, including a smart green and gold Hovis sign, and a chip shop with an interior straight out of the 1950s. It's all smartened up now, of course.
Posted by Sue Fox at 12:54 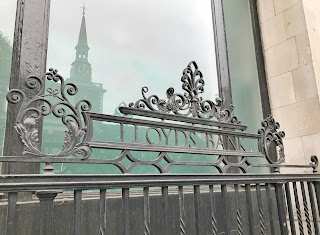 Lloyds Bank sign in Piccadilly, London, with the reflection of Wren's St James's in the window. A calm, cool picture which seems to hark back to the days when banks and churches were trusted pillars of society. In reality, Piccadilly is brash and bustling, the contrast between the haves and have nots is painful, something which St James's admirably strives to address.
Posted by Sue Fox at 19:53